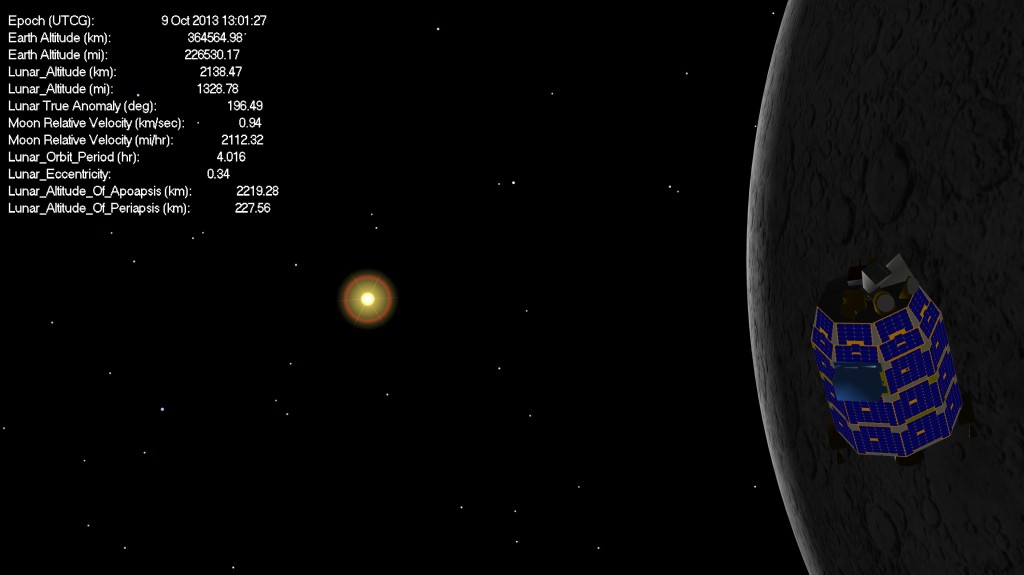 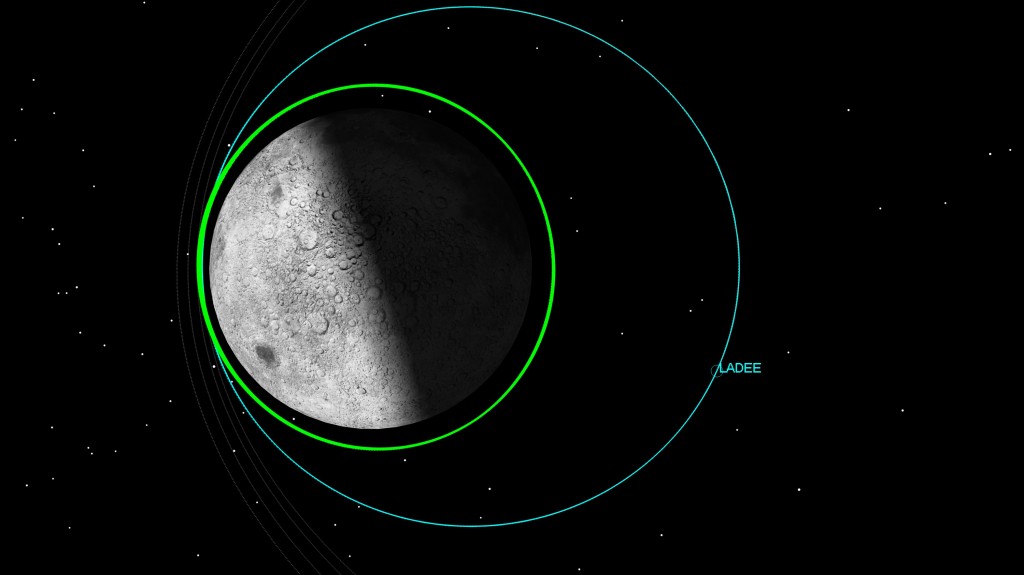 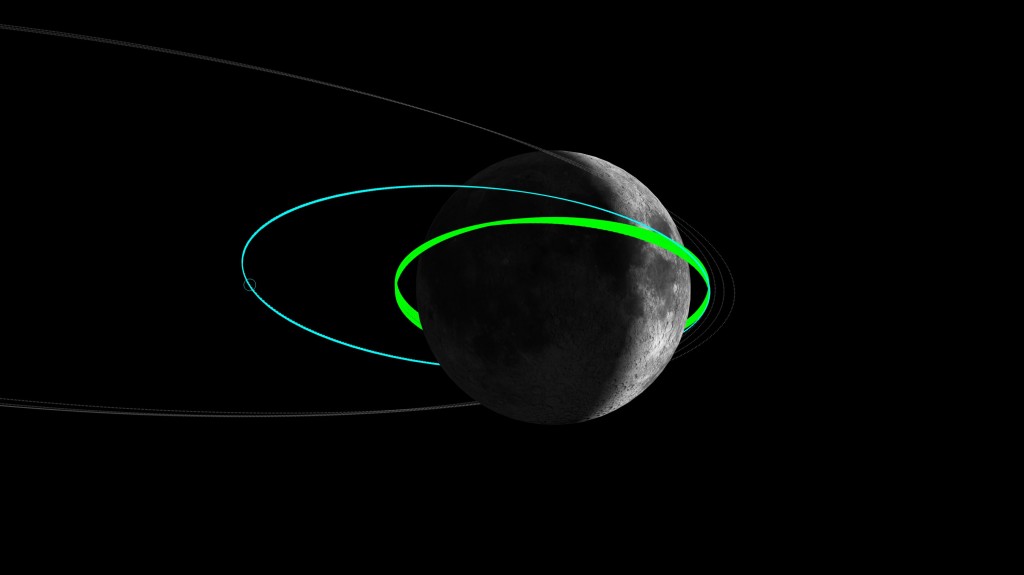 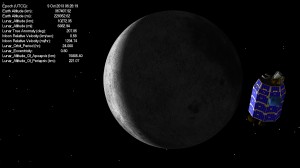 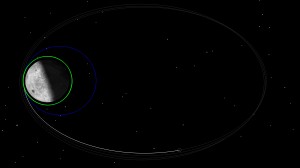 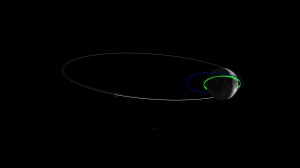 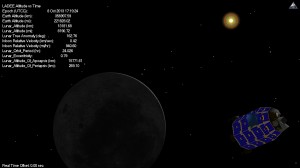 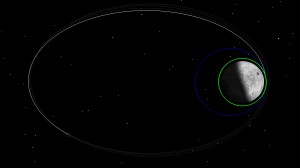 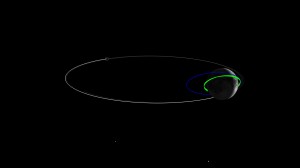 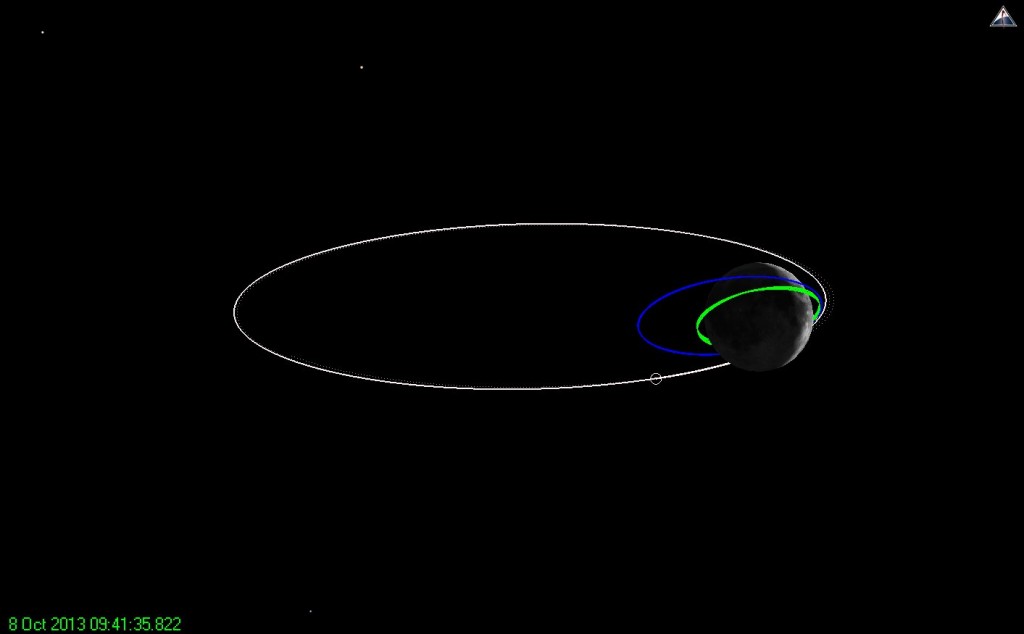 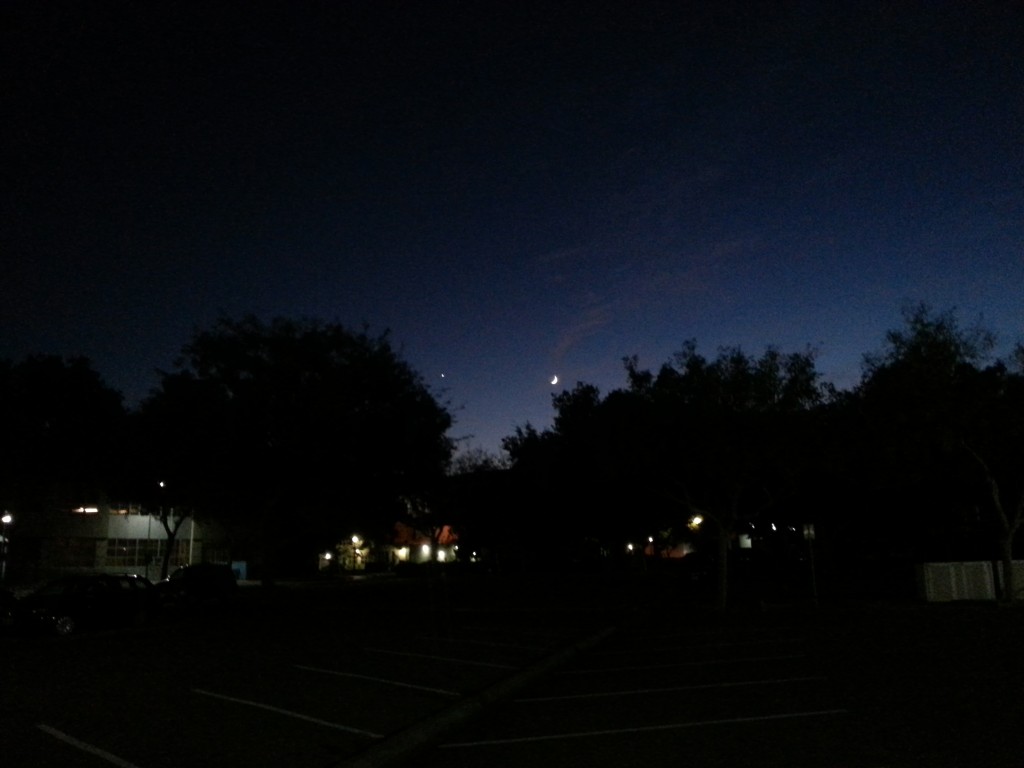 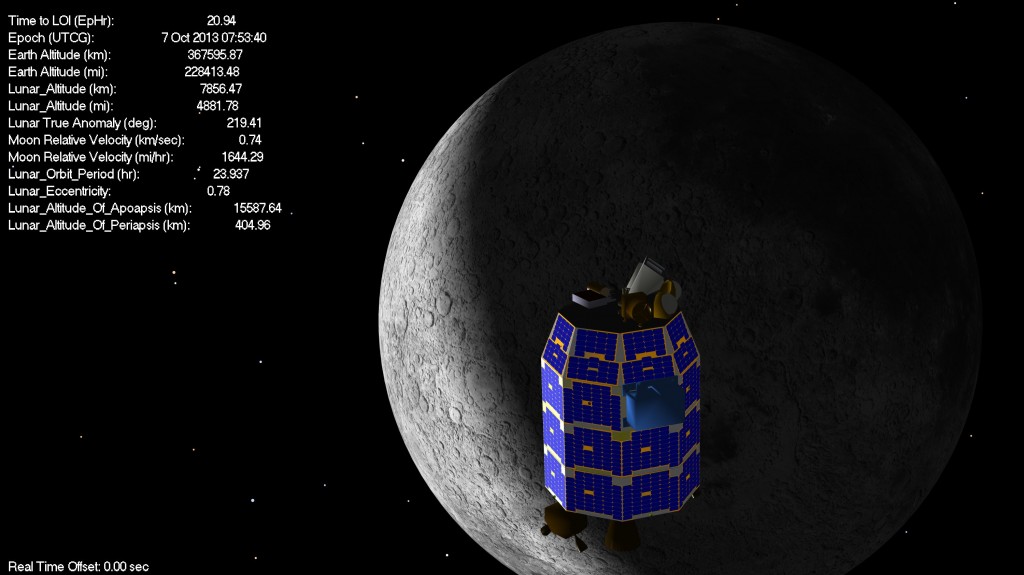 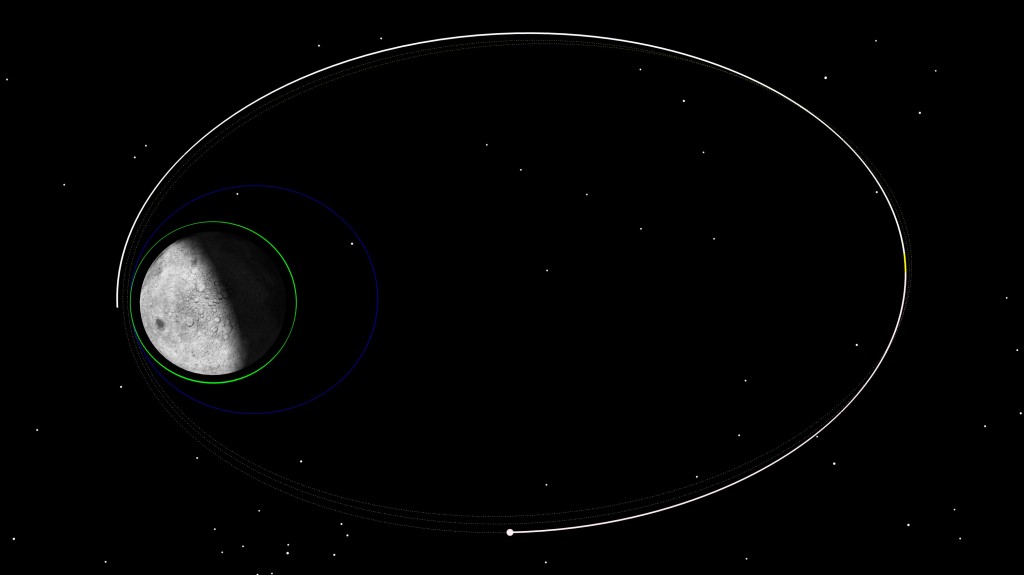 The LADEE spacecraft is now in Lunar orbit.  Tracking data will later confirm the precise parameters of the orbit, but based on telemetry of thruster performance and accelerations, the LOI-1 burn appears to be close to nominal.

The planned Lunar orbit has an orbit period of 23.1 hrs.  The next planned maneuver (Lunar Aposelene Maneuver 1, or LAM1) is scheduled for the 2nd aposelene, which would occur roughly 1.5 days from now.  For LOI-1 results close to nominal, this maneuver can be waived.

LOI-2 is nominally scheduled for 3 revs after LOI-1.