LADEE Now in the Moon’s Sphere

The Moon is now under control.  Based on LADEE’s altitude (below 66,000 km) the Moon is now the primary gravitational body acting on the spacecraft.  In other words, the Moon’s gravity is now stronger than the Earth’s. 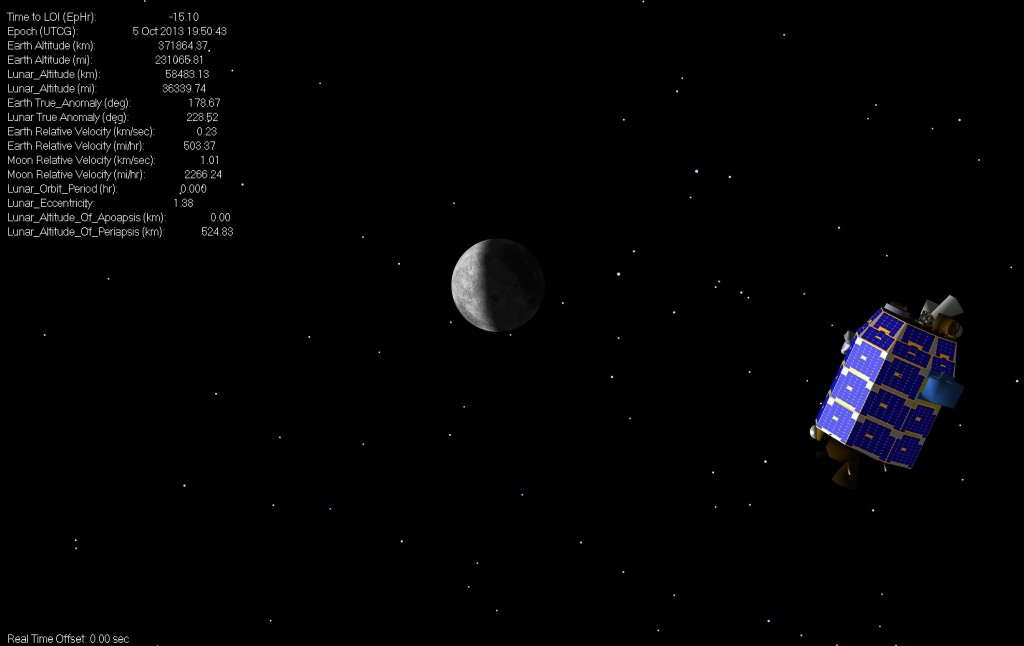 This picture really shows the change the Moon is imposing on the orbit, which until now had been a large elliptical orbit around the Earth: 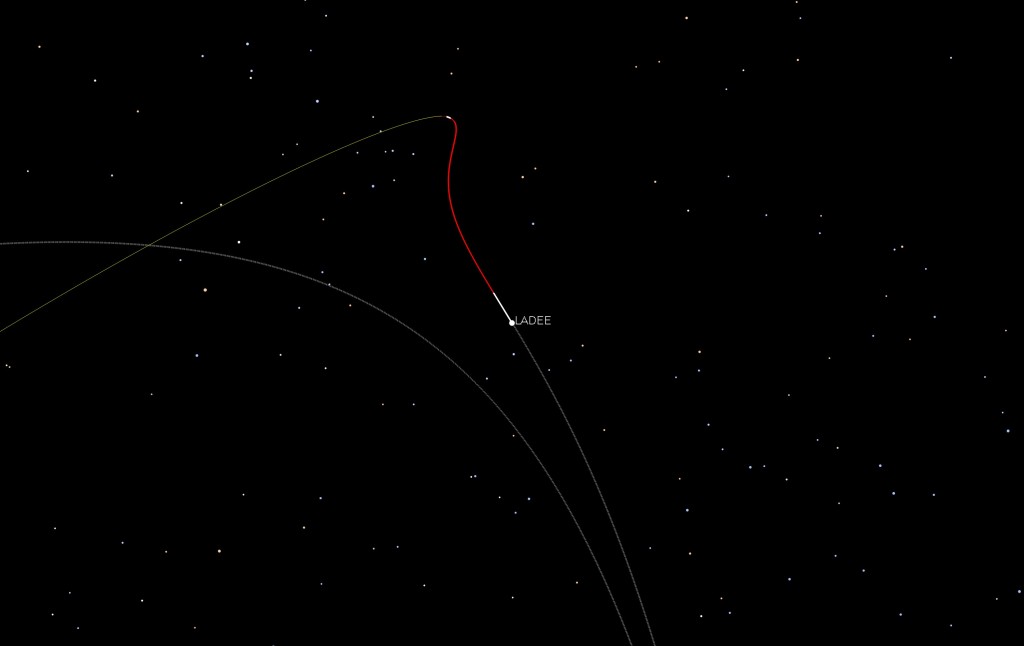 Note that the white arc LADEE is currently on turns red when LADEE gets below 50,000 km.  After that, you can see another short, white arc on the trajectory which is Lunar Orbit Insertion 1, or LOI-1.

Here’s LADEE’s view of the Earth: 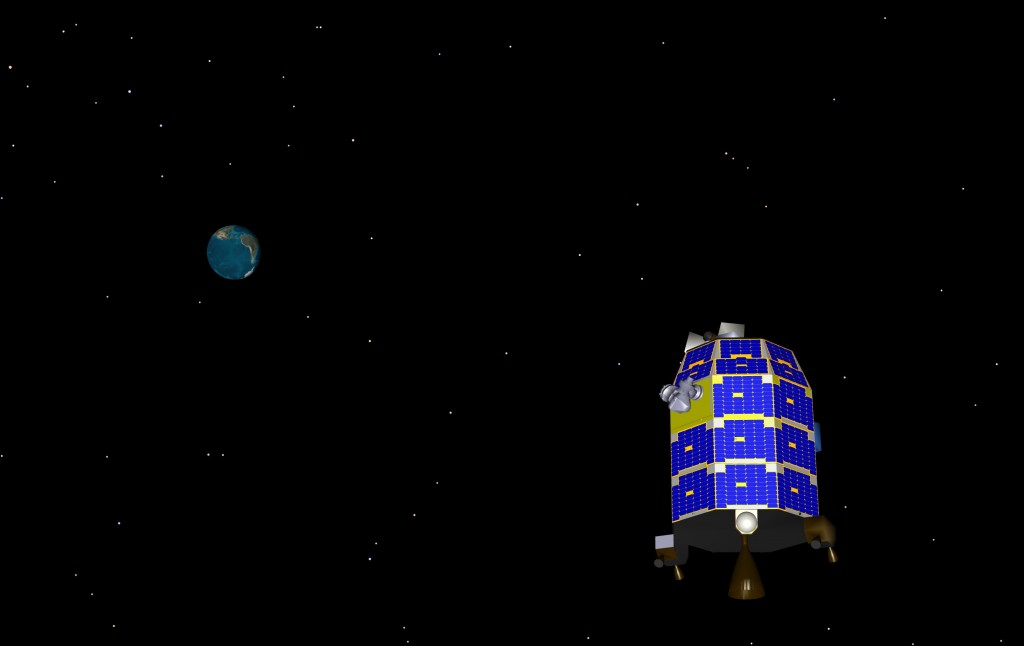 And finally, the approach trajectory: 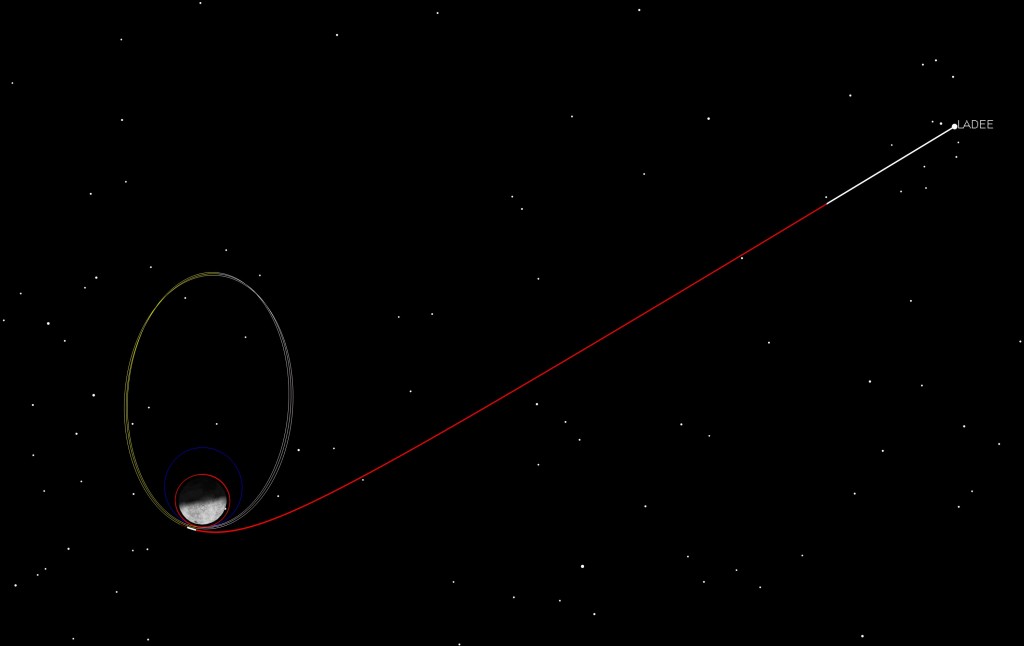 You can see the LOI-1 arc in this view as well.