How to Deorbit a Spacecraft

The recent uncontrolled reentry of the UARS spacecraft got a lot of attention last week as NASA and the JSpOC tried to track the vehicle as it reentered.

It doesn’t have to be done this way, however. On March 13, 2011, a commercial spacecraft was purposefully reentered into the Pacific ocean 3000 miles southeast of Hawaii. Top-notch Astrogator and Guild member Tim Craychee of Applied Defense Solutions provides a description of the process of the reentry in his 2011 paper here:

Mitigating Potential Orbital Debris: The Deorbit of a Commercial Spacecraft

The paper tells us:

“While it is not known if any spacecraft debris survived reentry, the design of the final orbit was such that potentially surviving debris would impact within a “safe zone” in the Pacific Ocean. 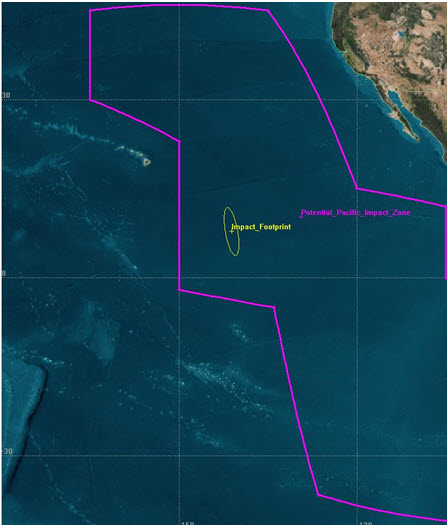 END_OF_DOCUMENT_TOKEN_TO_BE_REPLACED

How Reentering Spacecraft Are Tracked: NASA vs. JSpOC

On a previous post I mentioned that contrary to what a lot of the recent news reports imply, NASA itself is not in the business of tracking uncooperative or (in the case of UARS) dead spacecraft. NASA normally will determine a satellite’s orbit (called “Orbit Determination”) via communications with the spacecraft. Both ranging (measuring the time for signals to get up and back from the spacecraft) and range-rate (measuring the doppler shift of signals) are used to track a satellite. Sometimes spacecraft also have on-board systems (such as GPS receivers) that help. Once a spacecraft is dead NASA quickly runs out of options for tracking. NASA doesn’t have a lot of radar or other assets to track dead objects, that’s done by the Joint Satellite Operations Center or JSpOC.

END_OF_DOCUMENT_TOKEN_TO_BE_REPLACED 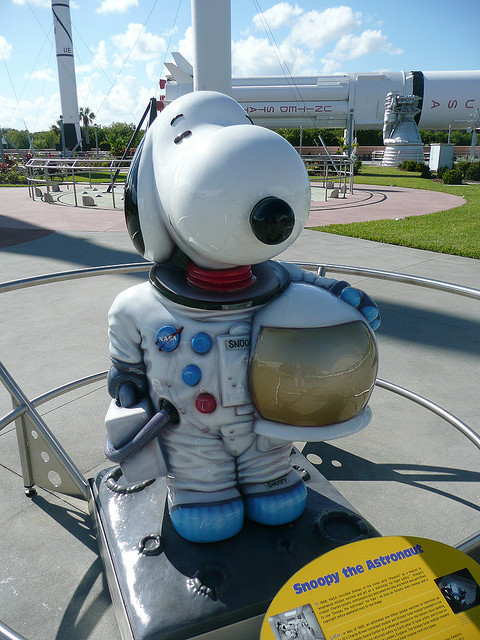 As you may have seen on the web in the last few weeks, the search is on to locate Snoopy, or the ascent stage of the Apollo 10 Lunar Module:

I am helping Nick Howes and his students in the UK (and elsewhere) to try and locate Snoopy, the ascent stage of the Apollo 10 Lunar Module that was sent into a solar orbit back in 1969.

END_OF_DOCUMENT_TOKEN_TO_BE_REPLACED

After the previous post, I had contacts from several twitter followers with suggestions for improving my predictions. In particular @Marco_Langbroek suggested that 120 km (rather than 80 or 75 km) was the magic number for atmospheric contact, and he further suggested that the 4:16 UTC time originated with the the Joint Space Operations Center (www.space-track.org). It turned out I had an account there already, so I could all but verify that was the source. This makes sense really, because NASA doesn’t have much in the way of assets to track non-cooperative spacecraft. NASA normally tracks spacecraft in the course of communicating with them, and if a spacecraft goes dead, they rely on our military to use radar and other assets for tracking. So any solution you see attributed to NASA in this case very likely came from the JSpOC, and NASA is just the messenger.

END_OF_DOCUMENT_TOKEN_TO_BE_REPLACED

A twitter friend @musicscott emailed me a picture he had taken Friday night of a region of the sky near Ursa Minor. In his picture he had a streak that he thought may have been a piece of the UARS satellite. 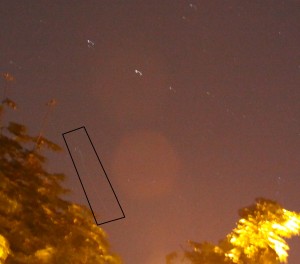 He provided me with the original as well: 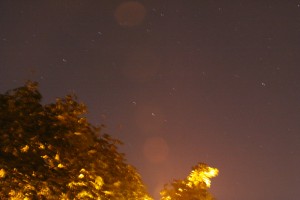 The second image is really interesting, because it shows us the entire “little dipper” so we can really get a feel for where happened. Note that there’s some “jiggle” in the star images because Scott didn’t have time to set the timer on his camera, he had to hit the button manually and that shakes things a bit.

As it turns out, Scott knew very precisely when he took the picture (4:17:11 UTC), so with his help I looked into it. He gave me his precise location and time and managed to get a whole constellation into the picture. Here’s the email I sent him when I figured out what he had seen..